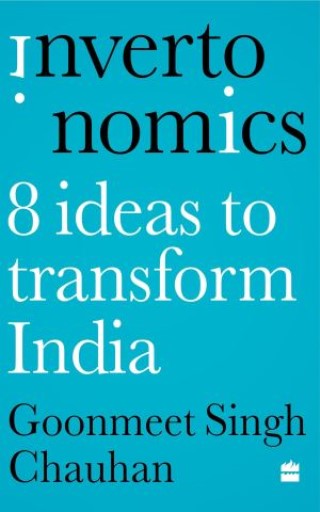 For decades since Independence, India has been beset by some fundamental and chronic problems. There is poverty and inequity in society, the air in cities is hazardous, there's garbage on the roads, women feel unsafe in public places, the traffic is poorly managed, levels of basic education are low, the rural economy is decadent and there is an overall governance deficit. These problems have lasted so long that they often feel unsolvable in our lifetimes. But Goonmeet Singh Chauhan, an architect and futurist with a passion for transforming people's lives, argues that they can actually be solved decisively. For achieving this, he presents a new methodology that he calls Invertonomics - inverting problems and looking at them instead as economic opportunities. He identifies eight persistent problem areas and proposes well-resolved, thought through, pragmatic and, in some cases, successfully implemented models for tackling them. These are solutions that will help us realize the dream of a great India.

Goonmeet Singh Chauhan: Goonmeet Singh Chauhan is a futurist, an urbanist and a practising architect. He studied architecture at the Indian Institute of Technology, Kharagpur, and thereafter started a practice, Design Forum International, with his course-mates. Some of his notable projects include Select Citywalk Mall and the ITO Skywalk in Delhi, and numerous other developments across India.