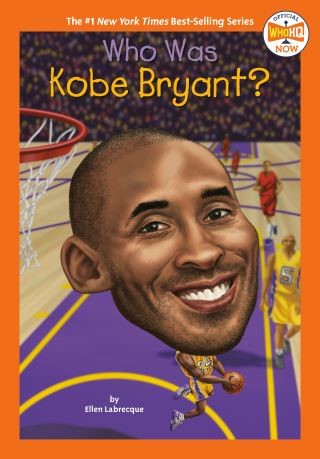 Who Was Kobe Bryant?

Told in a new Who HQ NOW format for trending topics, this Who Was? biography details NBA superstar Kobe Bryant's legendary career and the impact of his legacy on the sports world and beyond.

Kobe Bryant was just an eighteen-year-old high-school basketball player when he decided to enter the National Basketball Association's draft. Though he was the thirteenth overall pick by the Charlotte Hornets, he would never play a single game for them. Instead, Kobe was traded to the Los Angeles Lakers, where he would spend his entire twenty-season career, winning five championships and numerous awards. Author Ellen Labreque takes readers through each exciting moment, from his iconic dunks to his 81-point game--all the milestones that span Kobe Bryant's legendary career and legacy.

Ellen Labrecque: Ellen Labrecque is a former Senior Editor for Sports Illustrated for Kids and the author of over twenty nonfiction books for young readers, including biographies of Jim Thorpe and Magic Johnson.