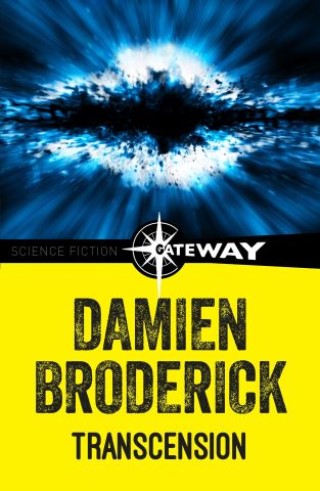 Aleph is a machine mentality overseeing a future Earth largely bereft of humans, most of whom have sublimed into a virtuality.Remaining are the smug but cautious adherents of science. Amanda, still a teen at age 30, is a skilled violinist and mathematician but craves the applause of the Mall for some daring exploit.

In a nearby enclave live the rustic, non-scientific people who worship the god of their choice. In the center of their poly-religious valley a wicked tower has emerged, surely a tool of evil temptation. Far below, a supersonic railroad is being constructed. Amanda conceives a dangerous feat: to enter the valley and descend to the rushing train, hitching a mad ride to the next city.

Using a cyber "Liar bee," she buzzes the ear of young Matthewmark, who chafes under the restrictions of his own narrow society. He agrees to aid Amanda and her friend Vikram Singh, but the scheme goes horribly wrong. Vik dies; Matthewmark's brain is seriously damaged, although he recovers with advanced neurological prostheses. This treatment, condemned by his own people, allows him contact with the AI Aleph.

In a series of startling moves, Amanda graduates to adulthood (and her modish clipped speech patterns give way to this new sophistication), while Matthewmark explores uncanny and sometimes very funny opportunities in the Alephverse, climaxing in the dismantling of the solar system and its embrace by the hyperuniverse beyond ours. This is the Singularity, at last, the Transcension, and everyone lives happily ever after, for rather mindboggling values of "lives" and "happily."