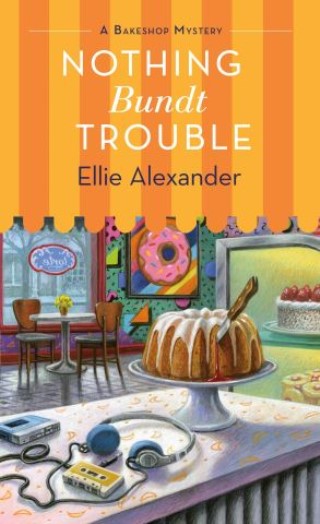 This time, Torte’s pastry chef and amateur sleuth finds herself coming out of the oven and straight into the fire in Ellie Alexander's Nothing Bundt Trouble: A Bakeshop Mystery.

Spring has sprung in Ashland, Oregon, and everything at Torte seems to be coming up buttercream roses. But just when Juliet Capshaw seems to have found her sweet spot—with her staff set to handle the influx of tourists for this year’s Shakespeare festival while she moves back into her childhood home—things take a dramatic turn. Jules discovers a long-forgotten dossier in her deceased father’s belongings that details one of the most controversial cases in Ashland’s history: a hit-and-run accident from the 1980s. Or was it?

Now it’s up to Jules to parse through a whole new world of details from another era, from unraveling cassette tapes to recipes for Bundt cakes, before an old enemy brings the Capshaw “pastry case” to a modern-day dead end.


The Bakeshop Mysteries are:

Ellie Alexander: ELLIE ALEXANDER is a Pacific Northwest native who spends ample time testing pastry recipes in her home kitchen or at one of the many famed coffeehouses nearby. When she's not coated in flour, you'll find her outside exploring hiking trails and trying to burn off calories consumed in the name of research. She is the author of the Bakeshop Mysteries, including Meet Your Baker and A Batter of Life and Death, as well as the Sloan Krause mysteries.