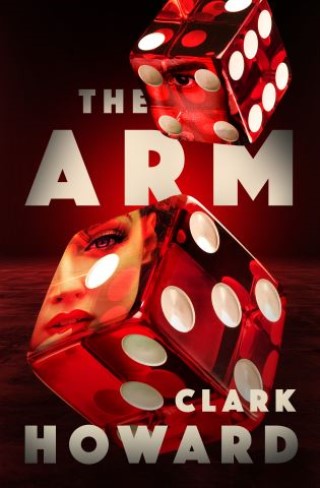 An ambitious gambler may lose it all in this novel by an Edgar Award–winning “superlative storyteller” (Publishers Weekly).

He was known as Cully the Arm—the best crapshooter in Chicago. Life was a game of both skill and luck, and he’d made his way to the big city seeking his chance to be a winner.

Before long he was moving between bars, backrooms, brothels—anywhere a man could gamble. Then he met a seductive woman named Lorry, who was playing a game of her own, and she wasn’t about to let any rules get in her way . . .

The inspiration for the film The Big Town, The Arm is a hard-edged crime novel that captures the gritty atmosphere of mid-twentieth-century Chicago as one man’s pursuit of a dream leads him into a nightmare.

Clark Howard:
Clark Howard (1932-2016) Born in Ripley, Tennessee, Howard was one of the most honored mystery writers in America and was a longtime favorite of readers of Ellery Queen Mystery Magazine, Alfred Hitchcock Mystery Magazine, and numerous other publications. A professional writer for over 40 years, he wrote sixteen novels, six books of non-fiction, and published two collections of short stories, in addition to more than 200 uncollected short stories. Howard was honored with the Edgar Allan Poe award for best short story of 1981 from the Mystery Writers of America. In 2009, Howard won the Edward D. Hoch Memorial Golden Derringer Award for Lifetime Achievement from the Short Fiction Mystery Society.​