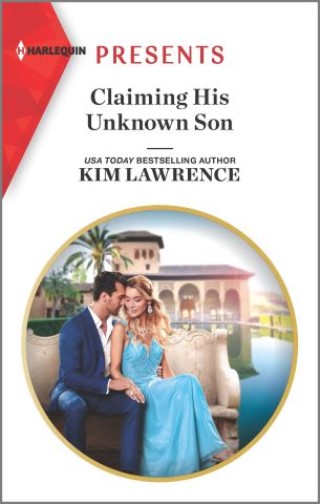 Reunited with the rugged billionaire…

For their son’s sake!

Their connection was so unique, their desire unmatched… Marisa was the first and last woman Roman Bardales proposed to, and her stark refusal turned his heart to stone. Now, years later, he’s finally discovered the lasting effects of their encounter: his son!

Devoted mother Marisa has always craved stability for her and her little boy. But Roman’s reappearance in their lives shakes her very foundations. For he’s not simply staking a claim to his child. He’s reawakening the longing she thought she’d never feel again…

Kim Lawrence: Kim Lawrence was encouraged by her husband to write when the unsocial hours of nursing didn’t look attractive! He told her she could do anything she set her mind to, so Kim tried her hand at writing. Always a keen Mills & Boon reader, it seemed natural for her to write a romance novel – now she can’t imagine doing anything else. She is a keen gardener and cook and enjoys running on the beach with her Jack Russell. Kim lives in Wales.